From time to time we create substantial academic collections from our inventory to support teaching and research programs at both graduate and undergraduate levels. We also create book collections—both large and small—for individuals, decorators, museums, archives and libraries.

Collection of 116 National Socialist propaganda posters (various, 1937 to 1942). Displayed in public places, the pro-German propaganda is anti- Semitic, Bolshevist, English and American. They begin as text only and demonstrate an evolving realization of the importance of pictures. Includes the diagram of Jewish complicity with Roosevelt, Churchill and Stalin; the plutocratic child murderers of London; and the history of the United States: Uncle Sam throws a Native American off a cliff and then is himself pushed off by a Jew. 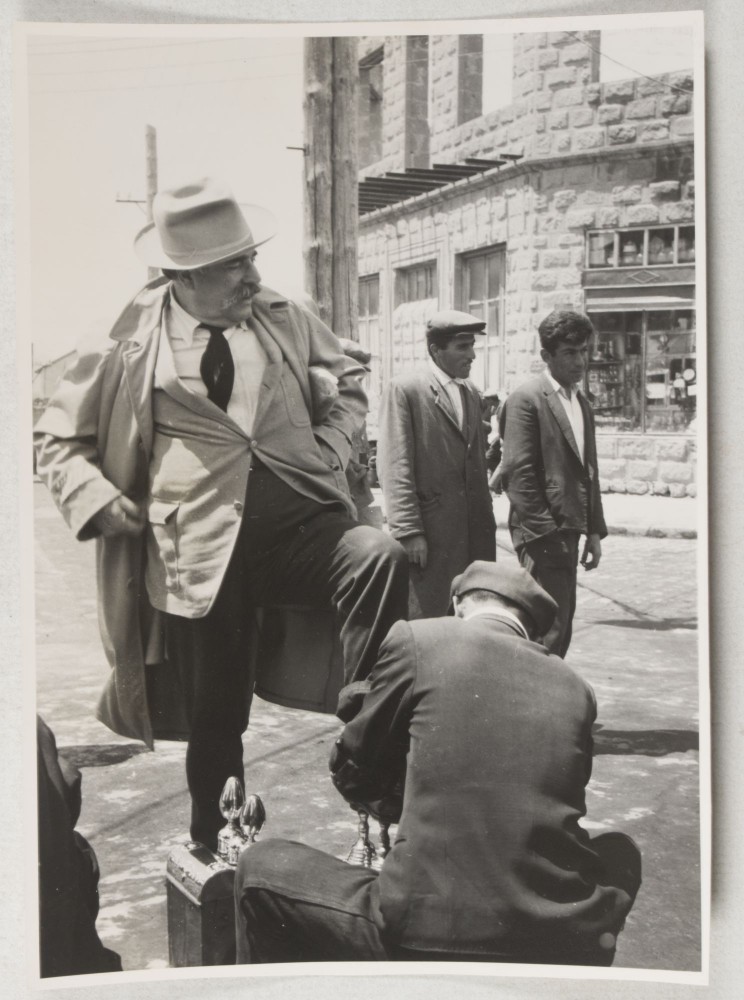 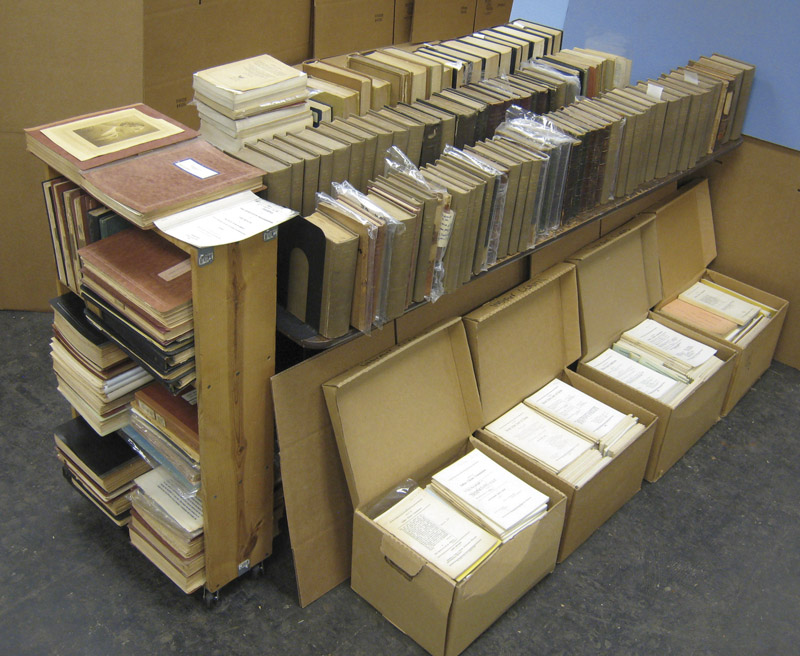 From the library of (Lance) Louis L. Rochmes, an attorney who worked to enforce terms of numerous treaties on behalf of many tribes during 1960-1980. His reference and litigation libraries provide a profound and comprehensive picture of the changing status of the American Indian in the 19th and 20th centuries. (see 10810)

Litigation Section:
Collection of legal papers integral to claims filed in the post World War II period by American Indians against the U.S. government for failure to comply with terms of historical treaties, adjudicated by the Indian Claims Court, the U.S. Court of Claims and the Supreme Court of the United States, along with final reports of the Claims Commissioner. Including petitions, legal briefs, findings of fact and thousands of pages of typescript evidentiary documents, primarily court claimant and valuation exhibits, reply briefs, objections to findings, judgments and appeals; Indian Claims Commission Annual Reports. 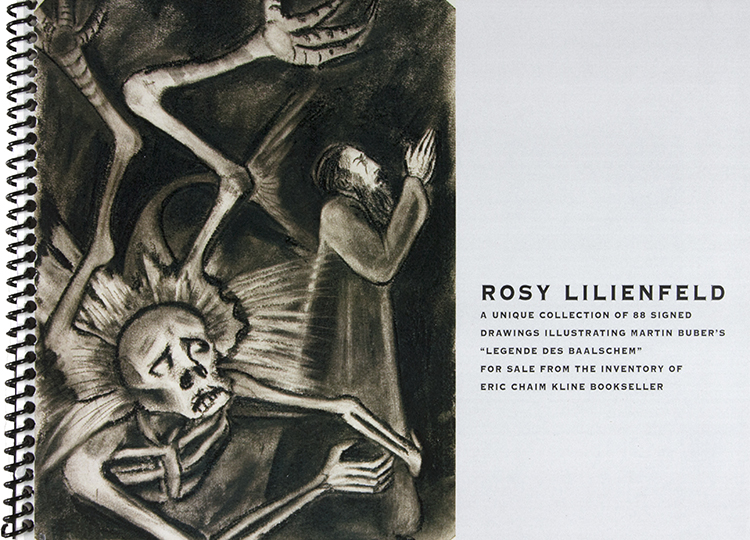 ROSY LILIENFELD'S BAALSHEM DRAWINGS [SOLD]
A unique collection of 88 signed charcoal drawings by the German-Jewish artist illustrating Martin Buber's "Legende des Baalschem." The works, 34 of which were published by R. Löwit Verlag in 1935, illustrate 14 short stories that recount the spiritual triumphs and teachings of the founder of modern Chassidism, Rabbi Israel ben Elieser. While Lilienfeld (whose work was confiscated by the Nazis as "degenerate art") did not survive the Holocaust, her Baalschem drawings evocatively document a powerful Jewish mythos during a time when the traditional and the modern mingled briefly in Weimar-era Frankfurt. Illustrated prospectus upon serious inquiry. $50,000. 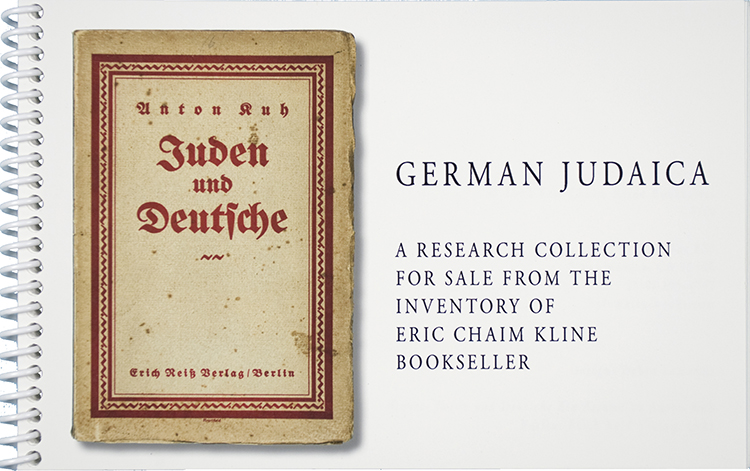 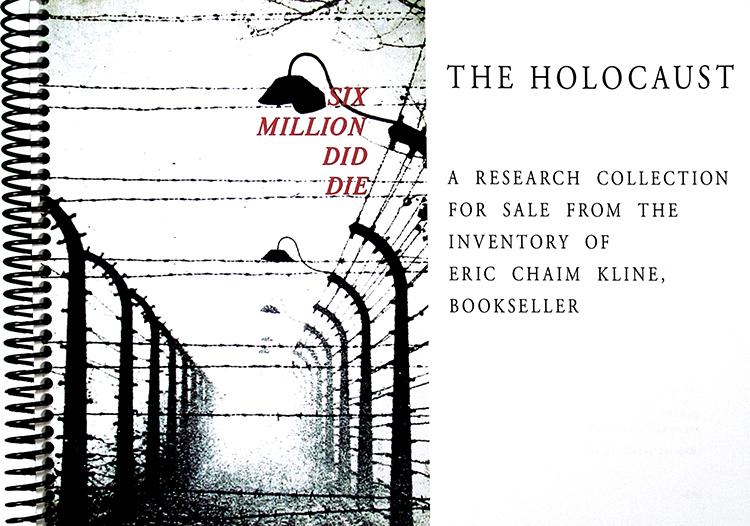 THE HOLOCAUST [SOLD]
A comprehensive research collection of 10,000 titles for the academic study of the Holocaust, organized into 25 subject categories and comprised of books, periodicals and ephemera, including many primary source materials. Approximately 60% in the English language. Illustrated prospectus available upon serious inquiry.